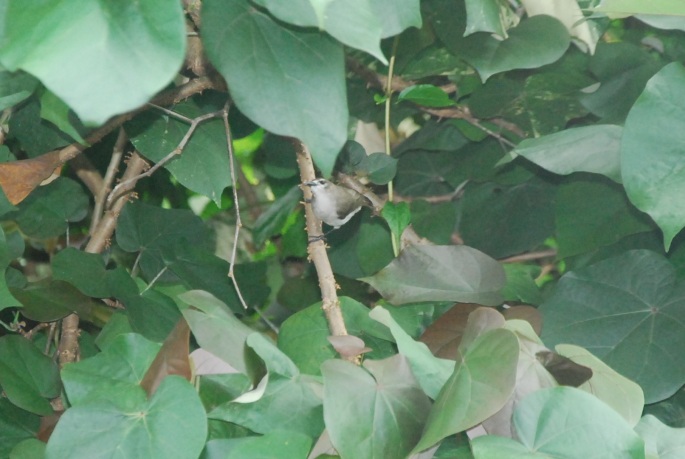 This one goes out to a fellow blogger, birder, and nature lover, with whom I made a pact what feels like weeks ago.

The photos shown here were taken after the fact, see last section 🙂

I walk along slowly. Healthy living and what not. My attention wanders to the greenery to my right. There stands a large bush with many purple flowers, which had been there since before we moved in when I was 10. No need to wonder how long had passed since (it has been a good while). Two mature mango trees lean their branches over the fence as they have been doing for so long. The speed of the treadmill has become routine and so I turn it up a notch. 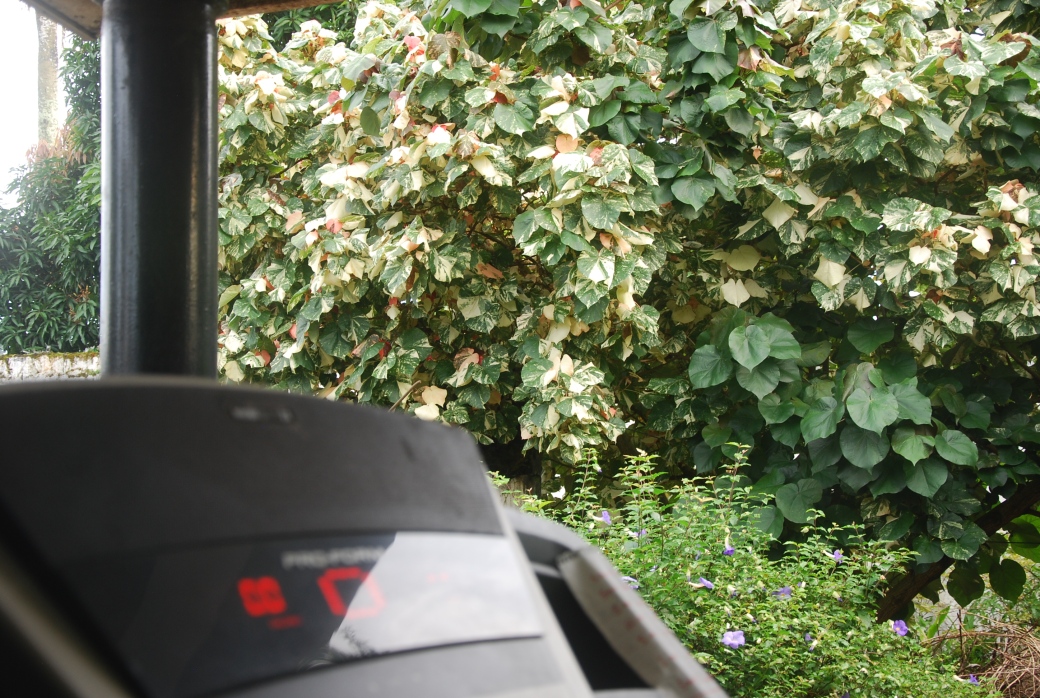 There are some orange bird of paradise flower, a large-leafed shrub tree thing (yes, that be the technical name), several large spiky aloe-like plants, as well as two or three other boring green bushes. A fledgling almond tree and a young mango tree sit amidst this chaos somewhere, and here and there a purple-leafed plant lurks. My favourite, the coconut tree, is fruiting for the first time this year. 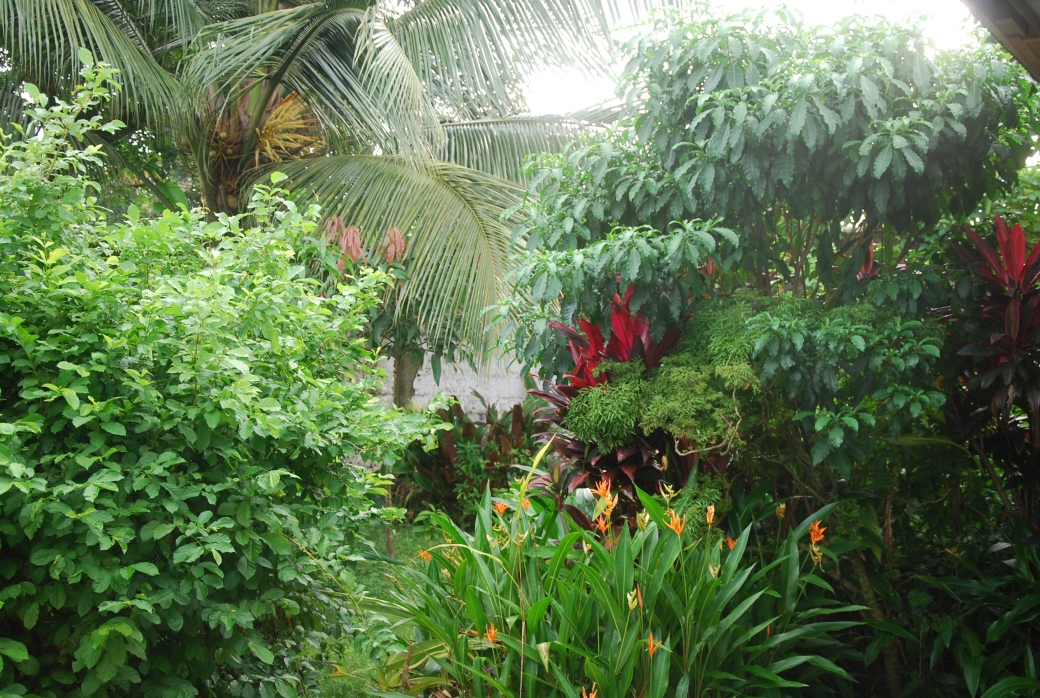 I have decided to take this opportunity to note the avian visitors in the yard, because this early morning jog is likely the only time today I won’t be typing fervently. I increase the speed on the treadmill again as a Common Bulbul announces its arrival. The medium sized grey and black bird perches on the water tower across from me, looks around a while (probably wondering what that strange noise was about), then flies to the large leafed bush, disappearing from my sight after a brief pause at the top. 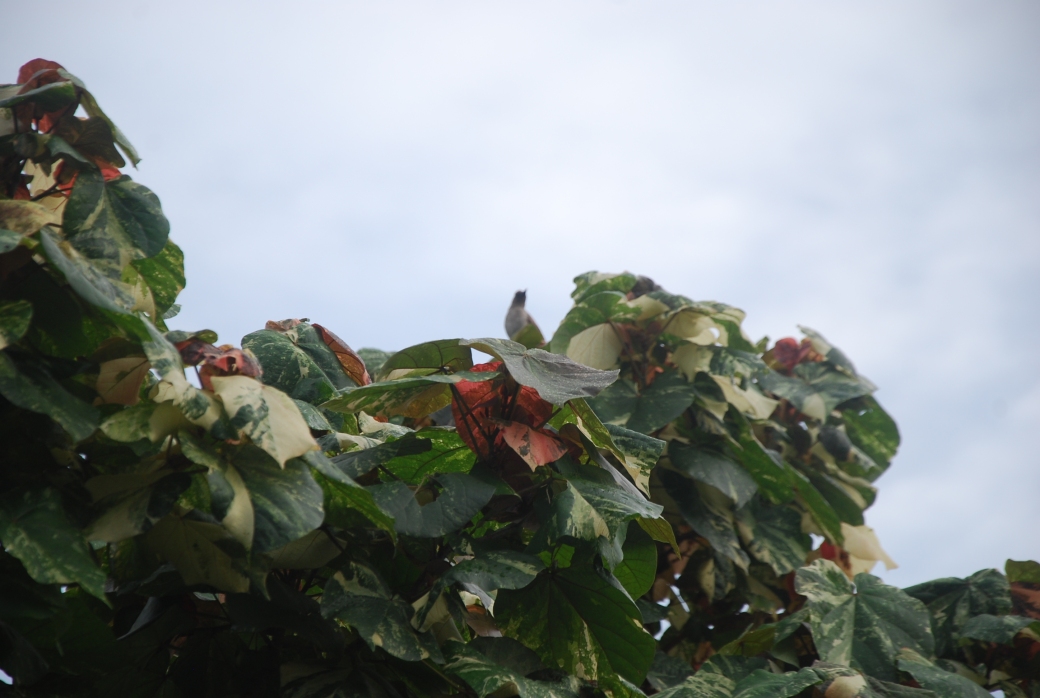 The bulbul in the bush continues chattering. I was sure I knew what about. Three others soon perch on the tower, enjoying the morning sun. After a few minutes, the yard starts to come alive. What looks at first like a very buff bulbul swoops into the yard, but then I get a better look and see the yellow bill: an African Thrush. It makes for the bare ground beneath the coconut tree, out of sight. It is likely searching for insects there. It gives a call that sounds like nothing so much as a see-saw: about four pairs of back-and-forth notes. The thrush falls silent, and the bulbuls’ calls are the only sound for a minute. Then I notice one of the purple flowers twitch. I am tempted to turn off the treadmill (for science!), but do not. There is a chirping noise now and then, a small bird flies out of the flower bush and to the shrub nearby. I finally catch a glimpse of the responsible party. 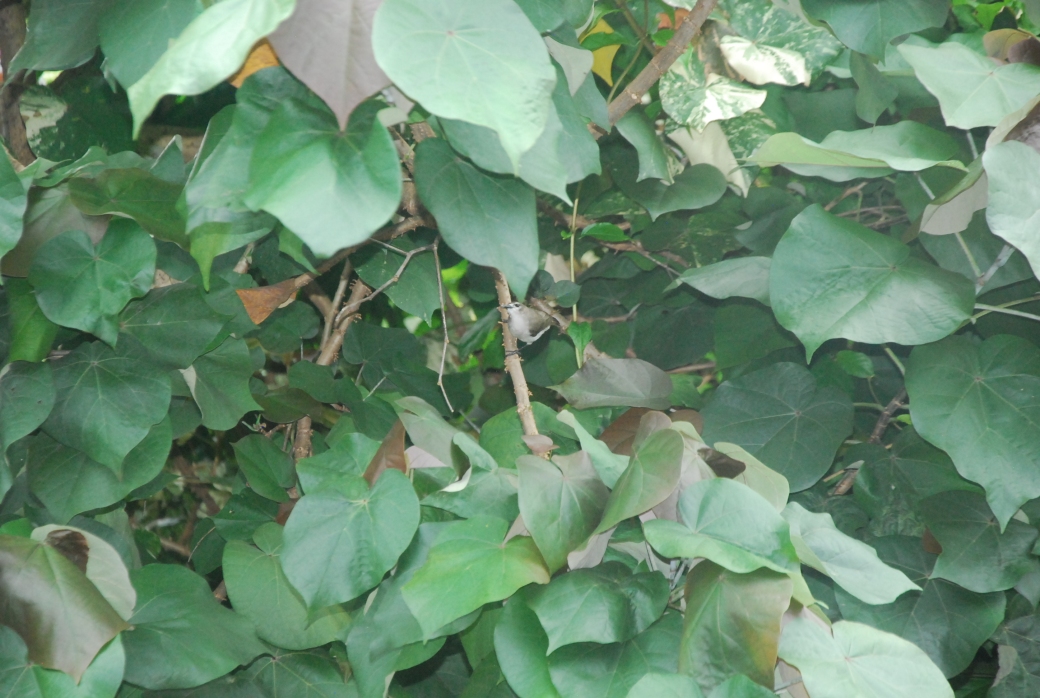 I am pleasantly surprised to see the Mangrove Sunbird also called the Brown Sunbird, more so than the Bulbuls (sorry, Bulbuls!), because well, who doesn’t like sunbirds. I am certain that this bird is a migrant (an animal that moves at certain times of the year to different places), though it likely does not travel very long distances. I hadn’t seen it for months! And it isn’t alone. Two others are in the bush, wreaking havoc on the proffered supply of nectar. Obviously it has had a good trip away and returns triumphant. It moves back to the flower bush, executes an enviable acrobatic maneuverer, and takes a long drink from one of the flowers. 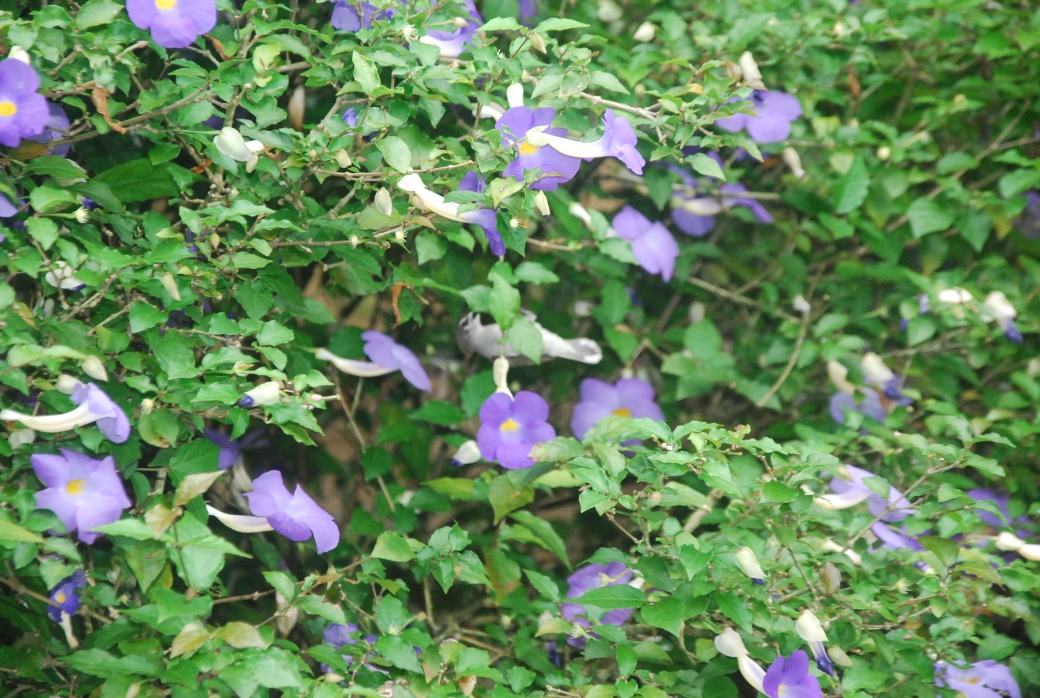 I move the speed on the treadmill up a level, and I start to jog. The calls of birds continue, and I see a few swifts swooping through the air. A couple of kestrels fly past, and in the distance, I see another long absent bird. The Yellow-Billed Kites have returned. They had been conspicuously absent from the skies these last few months. These kites, documented migrants, travel south around this time every year, but most people don’t notice their absence or their return. Soon these scavenger raptor will be seen every where. I can’t say the same for the sunbirds, who are more specialized.

I start to wind down, walking now. The migrant birds occupy my thoughts. The rains are about to stop, the breeding season may be starting, and flowers are blooming. This means that migrants from further away are soon to arrive here to exploit all the resources offered. A bulbul flies to the coconut tree and tries for some nectar. If there are any resources left. It disappears into the mass of yellow flowers, unconcerned with this bird photographer, and only comes into sight again to greet another Bulbul visitor. Snap! 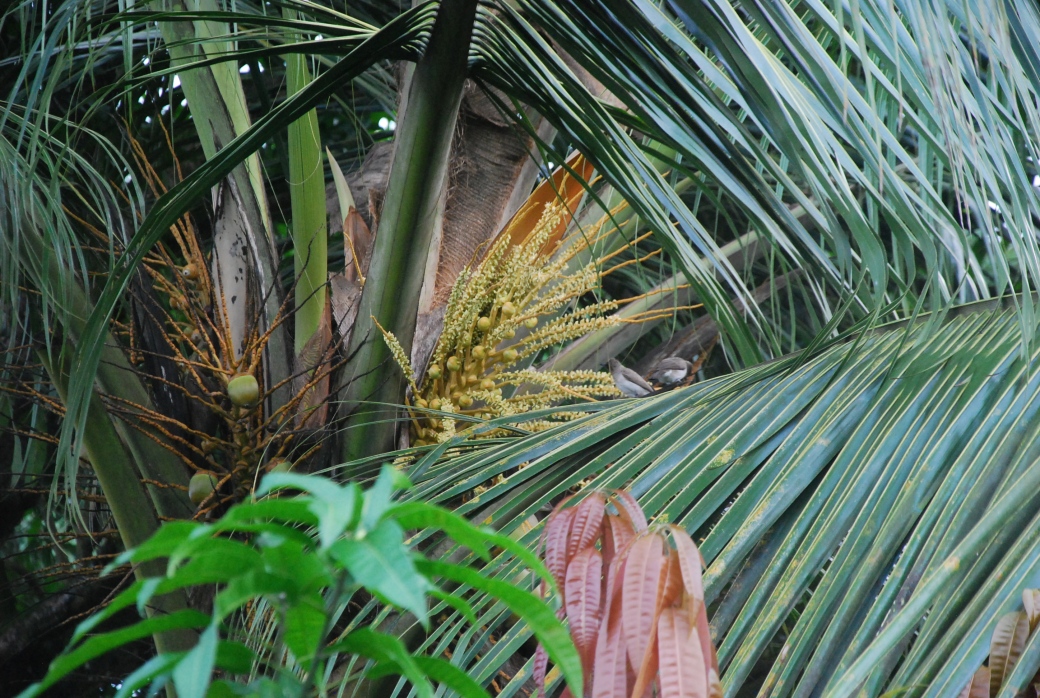 I see a small bird flitting in and out of the mango tree in the distance. It doesn’t come close enough to identify to a species level, but the long curved beak and size suggest a sunbird. I am fairly sure there have been no sunbirds around the last few months. I hear the squawk of a starling nearby. Those guys have been here all along, but it’s nice to know they’re still there. They don’t seem the least bit affected by the return of the sunbirds.

Ah, to fly away to a different place on a whim like one of these feathered travellers! For now, I’d accept just flying away inside to get a camera! Two minutes to go. I hear a couple of doves call, Laughing Dove and Red-Eyed Dove, and again the starling. The mysterious sunbird returns to the mango tree.

Time! I take off running, fetch my camera, and capture the bird life around the yard.

:))) I got what I could manage. The birds were compliant without meaning to be, being happy with their foraging locations, they remained and the pictures fit nicely to the story.

I even got lucky with the sunbird in the mango tree. Looks like a female Buff-throated Sunbird. Definitely wasn’t here before. 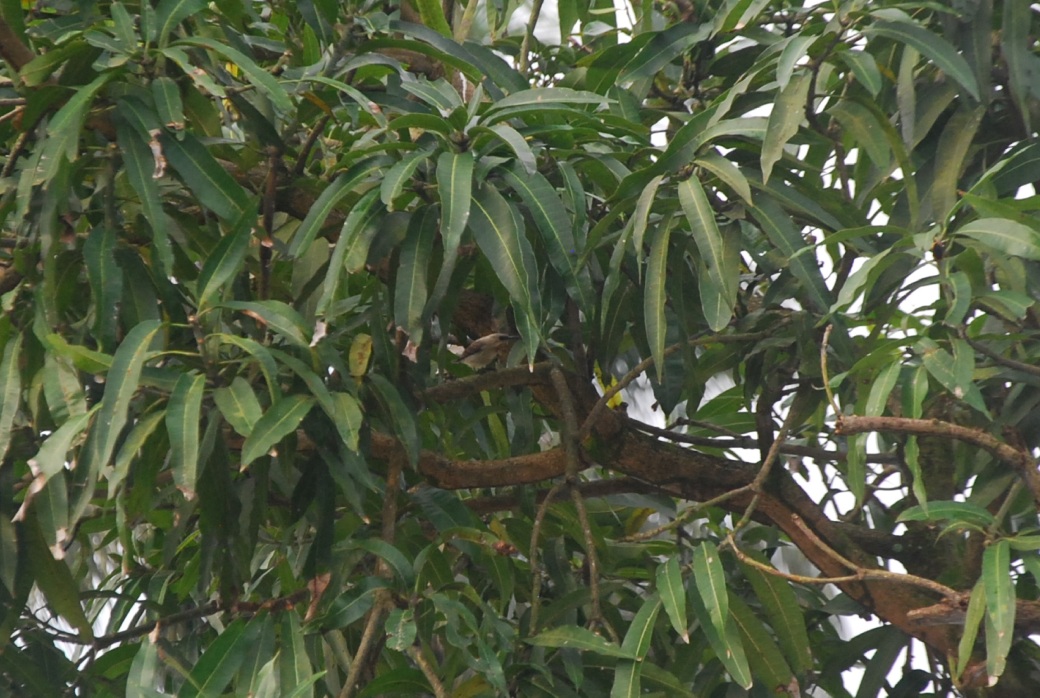 And I photographed the bird of Paradise (flower). It could be bothered to hold still, you see. 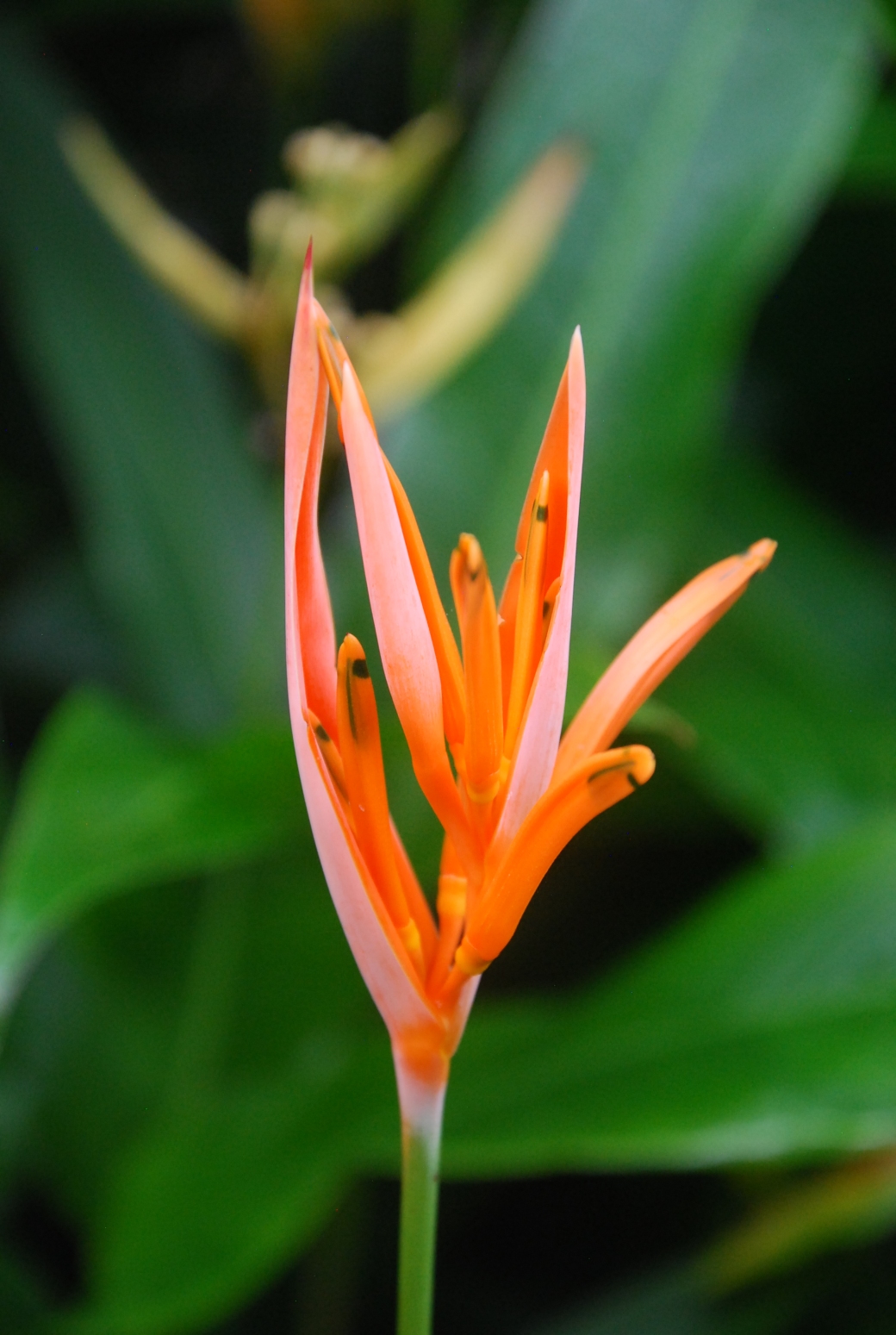 Until next time! Who knows what new visitors will be here then.

This is a text widget, which allows you to add text or HTML to your sidebar. You can use them to display text, links, images, HTML, or a combination of these. Edit them in the Widget section of the Customizer.